“Who criticizes all she sees? Yes, even would analyze a sneeze! Who hugs and loves her own disease? – Yes, Virgo!” 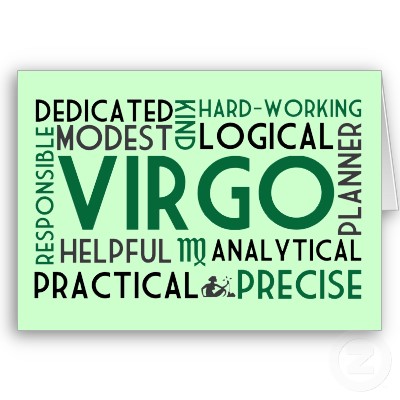 Virgo (The Virgin), the sixth sign which is a symbol of fertility is also associated with the production of crops. Virgo signified both the mother and the virgin in prehistoric times. Sphinx, which is the natural poser of riddles, is the original symbol of Virgo and thus the sun sign is known for its tendency to question and show curiosity and often turns inside to seek deeper insight and meanings about various aspects of life.

According to Egyptian mythology, Virgo was connected with the goddess of grain Nibada. Whereas in medieval times Virgo is linked with the conception of Messiah and the Virgin Mary. The sun sign is depicted as a girl holding sheaves of flowers, crops and corn and her affinity to fruitfulness and agriculture. Virgo being the natural ruler of the sixth house which is known as the ‘House of Service, Health and Work’ is the zodiac sign of logic and practicality, of realization of mind and intellectual and methodical approach to instinct.

The sixth house of the zodiac signifies a lot of aspects of a human being. For instance it governs people who fall under other’s care, respect and favors, and is also concerned with the health and well being of pet and domestic animals. On the other hand the sixth house of Virgo is also associated with work ethic and individual integrity. In short, the sixth house is determined by the manner in which humanity functions and is ruled by the planet Mercury.

Being an analyst and a purist, a Virgo is known as the critic of the zodiac and play successful role as servants, custodians and perfectionists of culture. Their sense of order, logic and practicality backed by their organizational skills and methodical way of doing things show their love for technological advances and state of art set ups.

They strive for a neat and tidy environment both in their offices and homes. However they sometimes let their intellect dominate their instincts and take a lot of delight in planning, sorting, storing and classifying. They might appear to be serious but prove to be diligent workers and employees with strong sense of duty and honesty.